Have you met my homies at Stoop Kidz yet?

They’re one of the reasons why I love checking my WordPress reader. They share written work on hip-hop, life, and everything in between. They also sell apparel, on their site you can find their popular “College Debt & A Dream” hats for purchase. You’ll also find me there wearing mine too.

Stoop Kid, JuGatti, and I go back since we were college freshmen. Aside from hats and hip-hop, we’ve bonded over things like sneakers, sports, Garfield, and books! When we’re not talking shit on Twitter, we enjoy picking up a book from time to time. So often, we decided to put the LIT in literature and started reading books together. With this idea in mind, we read a book each month and share our thoughts and feelings with one another.

In January, JuGatti and I started off the year with individual reads that focused on what we want to accomplish this year. He read “Personal Finance in Your 20s,” which is not only self explanatory but something I should be reading too, and I read Aliza Light’s “Leave Your Mark,” a self-help guide on getting your dream job and tips to help you keep it. But for the month of February we wanted to come together for a read in honor of Black History Month. We decided to set our eyes on Michelle Alexander’s “The New Jim Crow.” This book was indeed a page turner explaining how mass incarceration became the a new system to control and manipulate African-Americans similar to the Jim Crow era.

Check out what JuGatti and I found in reading The New Jim Crow below.

What was the most shocking thing(s) you learned while reading the book?

Manito: Out of all the surprising things I came across by reading this book, one thing that stood out to me was that racism was used as a scapegoat in disguise of America’s socioeconomic problems in the past. Reading the history on that, I found myself laughing at it it was so unbelievable. Another thing that shocked me so much I laughed was coming across the statistics of the War on Drugs and how the country spent more money finding ways to incriminate those who abused crack and diminished the programs that were around to rehabilitate and repair the destruction that happened because of it. I thought it was pure unnecessary evil.

JuGatti: I believe the most shocking thing I took from the book was the origins of the war on drugs. It was just so shocking to realize the tactics used to oppress black people. Especially the fact that at the time of the War on Drugs there was no imminent danger on the horizon. In fact, drug use and deaths were at a considerable low during its inception. All of the actions were counterproductive to really fighting the war. Instead of rehab facilities, or hospitals created there were jails and broken families. The severity of this still haunts people to this day, almost 40 years later. Like Mani said: “pure and unnecessary evil.”

Do you think African-Americans today are better off than those during the civil rights era?

Manito: I would say we’re better off today. Despite the obstacles that may come our way, we continue to persevere through them. We are no longer hiding away in “For Colored Only” establishments, we are standing next to them and standing tall. We are CEOs at their companies, we are political leaders, we are on their TV screens, in their music, the seasoned food they eat and we are a moving force to be reckoned with.

JuGatti: I must say that we are better off today than we were during the civil rights era, but not by much. We now are allotted more freedom to pursue our goals and dreams compared to previous generations. However, we still have the same hurdles to jump to even remotely level the playing field with us and them. I feel when one racist tactic doesn’t work they rename it, revamp it, and it’s the same struggle. The propaganda and prejudice is still prevalent, it is just now we are able to utilize our voices and platforms to counteract it more.

What’s the most important thing you’ve taken from this book?

Manito: The most important thing I’ve taken from this book is the idea that these aren’t just facts and statistics on paper, this is every day. Millions of our people are at the hands of this monster. Looking at the unfortunate story of Kalief Browder is just one example of institutionalization. Imagine all the other young blacks that become victims of this on a daily basis. It’s a harsh reality that this could very well be me.

JuGatti: The most important thing i’ve taken from the book is that it has and always will be Us vs Them. Regardless of the differences you have, that is still your brother or your sister whom you have to fight with side by side. This is why platforms like Mani’s website are so important because if we aren’t telling our story who will? They damn sure won’t. The book opened my eyes to subconscious stereotypes that have been embedded in all of our heads since we were kids. Programmed to turn our nose up at our own people because of the preconceived notion that we are hyper-violent, hyper-active beings. It’s found on tv, in movies, in the school systems that we went through. I didn’t realize the unintentional ill feelings that were manifested in me about my own people. It’s quite shocking the measures that they have went and will continue to go to undermine the beauty and excellence that comes from our race. So the biggest take from the book for me would be to un-learn a lot of shit because the wool they’ve been pulling over our eyes is quite thick.

The book described many tactics used to intentionally oppress black people. In your opinion, which tactic do you feel is most utilized most today?

Manito: It seems as if mass incarceration is the most used tactic to oppress blacks. It’s a system to set you up for failure. Most prisons today are filled with those of drug related charges and 90% of those are African-American men. The jig is up America. You’re stripped of your rights, your assets are seized, you don’t have an opportunity to receive an education or anything else you can imagine to help you towards the “American dream.”

JuGatti: I believe the obvious tactic that is still utilized is the harsh sentencing for drug charges. There are literal families destroyed by possession of marijuana from decades ago that still haunt them to this day. While there is someone on rikers now doing 25 years over possession while they are now passing out free weed** at presidential inaugurations. It’s sick and truly disgusting. A real slap in the face. Literal businesses are being developed in the marijuana industry at the extent of the soldiers lost in this war on drugs.

I believe the other tactic that is still utilized today would be the divide and conquer method. As stated in a previous answer, they have embedded these stereotypes in our minds so long ago that we are at odds with each other. It’s now light skin vs dark skin, male vs female, natural hair vs relaxed hair (i guess that’s the correct term? lol) gay vs straight, etc etc. They break our race down into so many sub-divisions that by time we are done fighting each other we have no more energy to expend to fight them. The more fractions they use to break us down, the harder it’ll be to mount up and challenge them at full strength. And a lot of us unknowingly fall for these tactics. It’s evident all over social media. Every day there’s some great debate (or argument) over something so fickle and insignificant. To the point where it’s like are we really serious right now?! But yeah, those are the tactics.

What can we do to combat the New Jim Crow ideals?

Manito: I believe it starts with education. I passed down a lot of information from this read to my young brother. He’s considered America’s nightmare; a young, black, 17 year old kid in the Bronx. With all the recent victims of police brutality and knowing what I learned from The New Jim Crow, I want him to take this with so he won’t ever become anyone’s next hashtag victim. There was a specific section in this book that broke down your rights in the hands of police and as an American. Surprisingly, a lot of people are unaware of vital information such as this. In fact, lack of understanding of said rights are the reasons for many unconstitutional arrests and jail sentences for African-Americans. Just a little bit of knowledge could go a long way in this sense.

JuGatti: I believe the best way to combat these new Jim Crow laws is to create our own companies. Create our own businesses and jobs, then put your people on. Make your own rules so you don’t have to worry about if your name is too “ghetto” or if you have too many tattoos to be considered worthy. Once we are able to create these outlets and networks then we will have a better chance of combatting these terrible ideals. Of course that won’t automatically make everything better, but it’ll be a step in the right direction.

JuGatti & I plan on reading books monthly and sharing our insight on our sites. From month to month, you’ll be apart of seeing what’s in our reading repertoire in the feature, JuMani’s Book Cypher.

Check back here to see our read for March and subscribe to stay in the loop.

If you’ve read The New Jim Crow or have any other suggestions or reading recommendations, leave a comment below. Remember, knowledge is power. 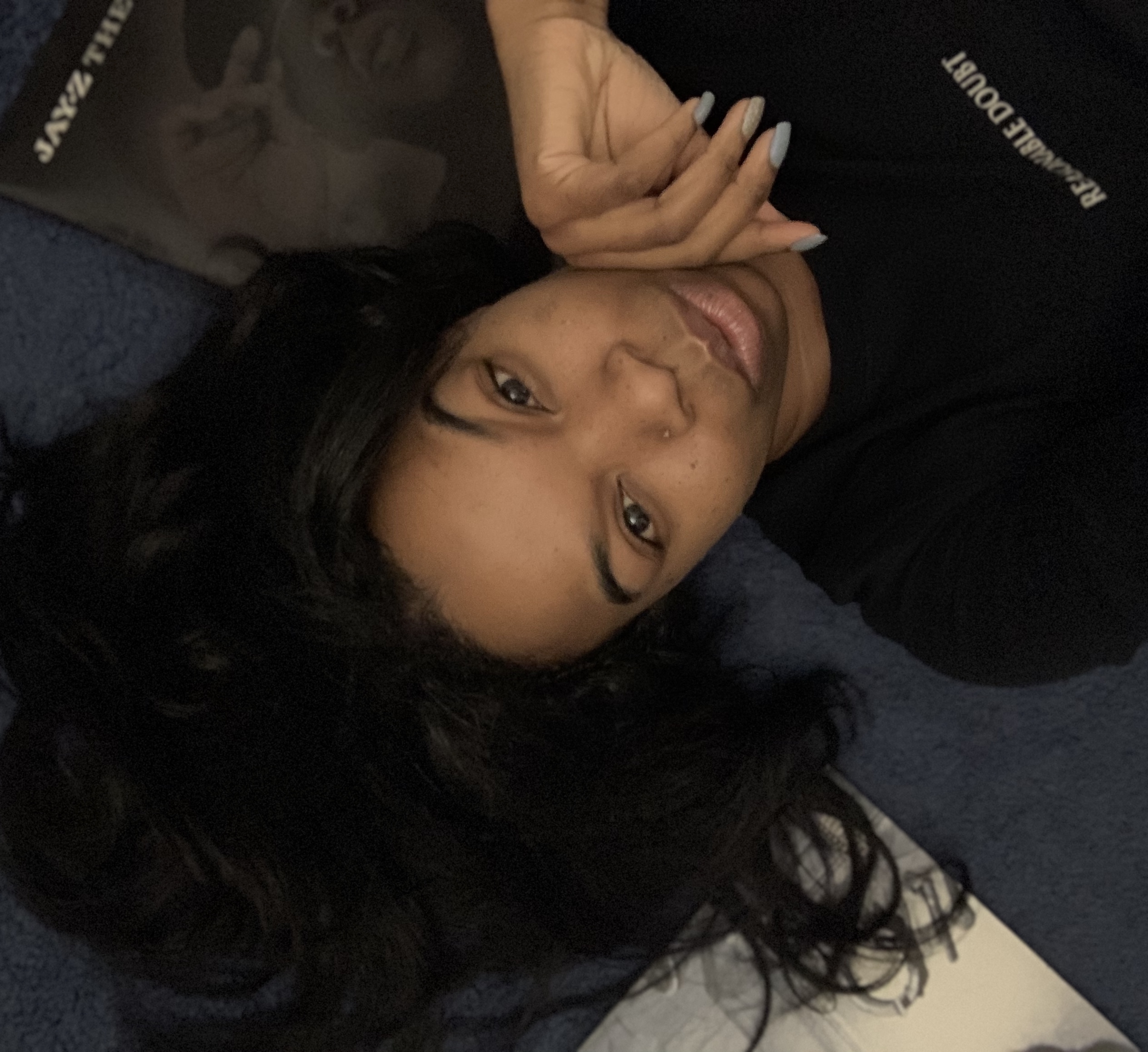