The dynasty continues as an art exhibit brought out the best of both worlds for hip-hop heads and art lovers alike.

Event curators, Howie Fuller and Dev Sterling, collabed to celebrate the legendary label, Roc-A-Fella Records through different works of art in 96 Til Forever. Held at Lytehouse Studios in Brooklyn, NY last Friday, artists payed homage to honor one of hip-hop’s biggest empires at the exhibit.

96 Til Forever was more than your average art gallery, but an entire experience! With JJ Public Relations handling the publicity, I expected nothing less than the best. DJ YooQ set the tone by spinning classic ROC songs, while an open bar of Diplomatico Rum was spilling drinks for all the spectators. Anyone who knows me personally, knows I headed straight to the section popping bottles of Essentia Water.

The cutest, and yummiest, cupcakes by MyTreatsRTasty were served up Roc-A-Fella style as well.

In addition to the refreshments sold, streetwear brand Visionary Society set up a booth with custom merch specially made for the occasion.

“Put some colored girls in the MOMA,” Jay-Z exclaimed on “That’s My Bitch.” And rightfully so as some of the portraits that night by the ladies were absolutely amazing! I loved the work by artist, Vanessa Torres, as she compared colorful images of artists THEN and NOW.

The talent JUMPED OUT as the beautiful and brilliant Madison H captured some of our hip-hop heroes on canvas.

Take a look at these by the lovely Tatiana Diaz Duque.

The 3D art stood out to me too!

A lot of attendants were mesmerized by the bling incorporated in these pieces. I saw the necklace, started relaxing. Now that’s what the fuck I call a chain reaction…

Getting into the details and stories behind the art was probably my favorite part of the night. Thankfully, some of the artists were able to share with me.

Jay’s favorite hue might be Jay-Z Blue but he should really reconsider after seeing Geordan Lavale’s techniques and use of virbant colors.

Geordan took images photographed in black and white and transformed them into art that was bold and bright. In his portrayal of Roc-A-Fella founders, Kareem “Biggs” Burke, Jay-Z and Dame Dash, were highlights of yellow and gold glitter. It was captivating. Can you believe this only took him 2 days?! Hov put it best when he said, “Difficult takes a day, impossible takes a week.”

The DC native captured the titles of Jay-Z’s 13 album catalog along with some of his beloved songs all throughout the canvas. He left a piece of himself on the portrait placing his birthday, June 11, with Jay-Z’s, December 4th 1969. Safe to say he’s aligning himself with greatness.

Brooklyn’s Finest was also in attendance as artist, Huey P, was showcased that night.

Born and raised in Bed-Stuy, Huey P drew inspiration from images shown in his upbringing. He mentions how much his family shaped him; from his parents’ constant support to his sister showing him classic films.

I instantly grasped the Blaxploitation reference to this picture of Cam’Ron, it definitely gives off that Super Fly feel.

Huey P is proof that “the pen is mightier than the sword, my Lord” as his graphics are illustrated initially and later printed. This image, inspired by the Rockstar game franchise, Grand Theft Auto, in particular is my favorite by him.

A lot of creators put themselves in their art also as Dot incorporated his own brand, “Keep Chasin,” to mix with the mogul-breeding music label, Roc-A-Fella.

In addition, I met the Bronx -bred genius known as Jonnie William and his work was just as exceptional.

“Basquiats, Warhol’s serving as my muses…”

Some of my most loved pieces were the ones similar to Pop Art, including familiar images and pop culture icons.

I thought the “Girls, Girls, Girls” piece was amazing. That’s also my favorite song ever so, I’m a little biased. What More Can I Say?

I almost forgot the most important work of art of all! Yours truly hit the photo booth to pose thanks to @rememberthetimefoto.

You know it’s crew love, Roc-A-Fella till we die.. As long as you and I keep it movin like a drive-by…

What did you think about some of the work shown at 96 Til Forever? Share your thoughts in a comment and show the artists some love too! 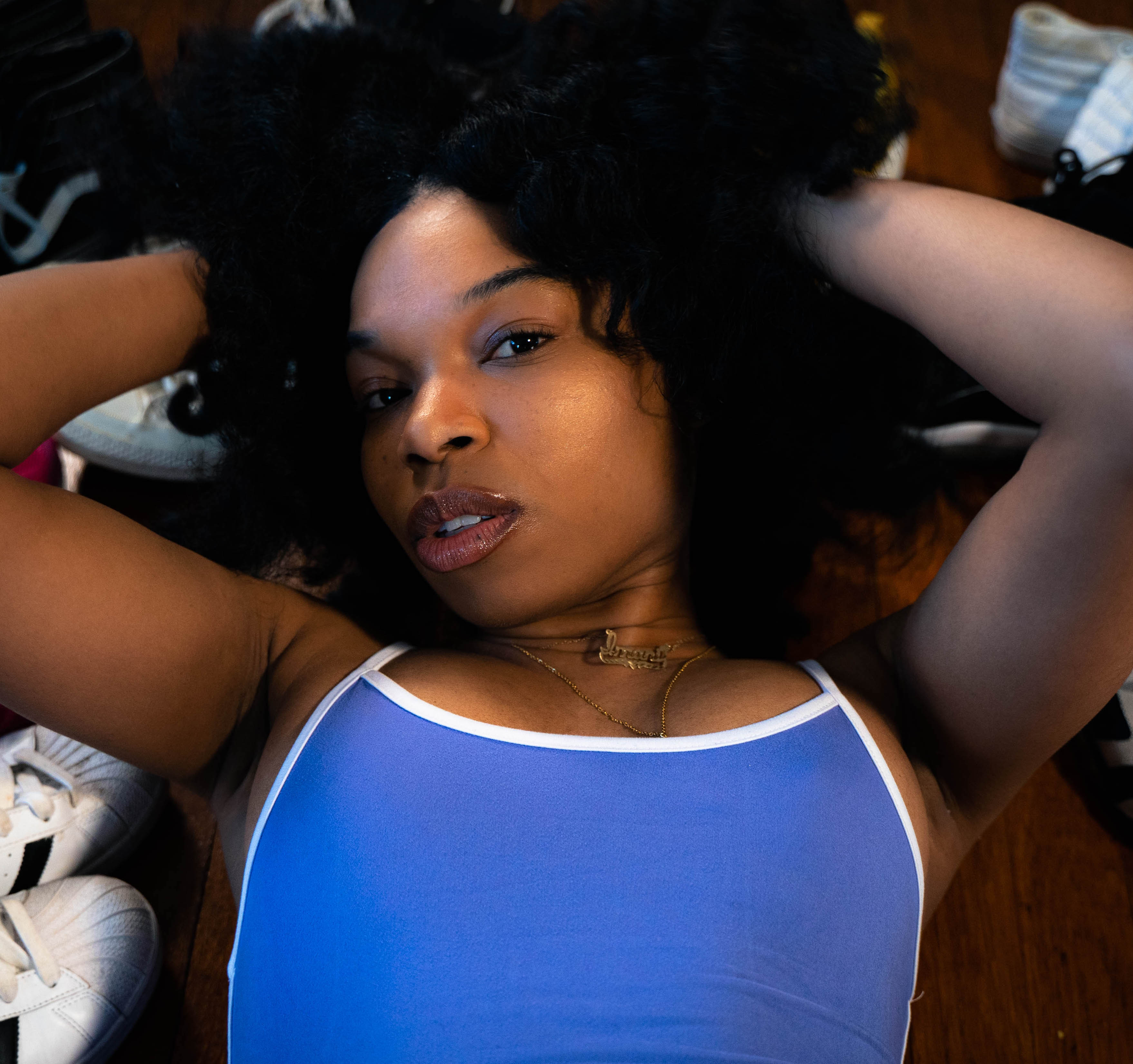